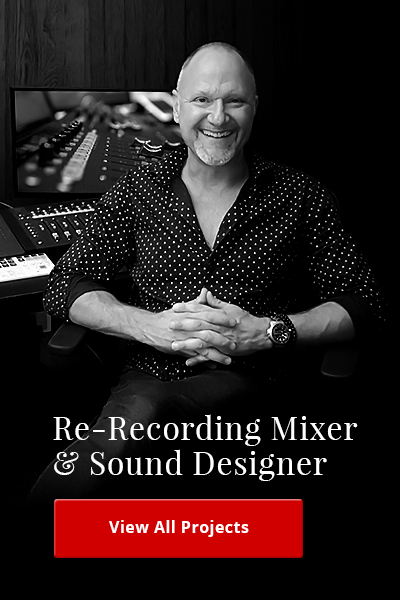 Mixing a film is a humbling experience. It’s about becoming a conduit for the emotions of a story. My task is to unlock the viewer’s empathy so they can no longer distinguish between reality and hyper-reality. Sometimes there’s a technical solution, sometimes layering and texture, it may be about subtleties or getting “in-your-face” but when I’ve done my job right, the story and sound become one.

With 20 years and several thousands of hours behind a sound board and in the editing suite, Cory has mixed and edited nearly 80 feature length films and worked on several dozen television productions. He is the recipient of a Gemini Award for Best Sound in a Documentary Program for his work on The War of 1812, and a Gemini Nominee for Best Sound in The Black Hawk War.

When he’s not blending sounds together to create a soundscape, he’s blending protein shakes before hitting the gym, biking along the lakeshore with his kids or firing up his charcoal BBQ to create the perfect supper mix.